Rough & Ready logo gets write up in Herald-Tribune 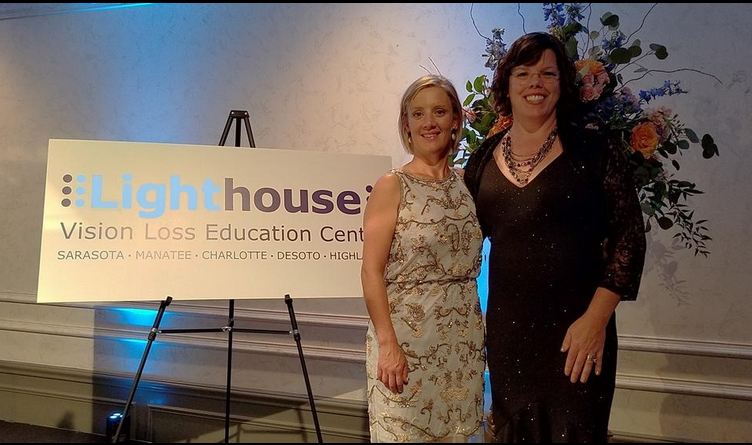 Lighthouse of Manasota, a nonprofit organization that provides no-cost rehabilitation training and education to the blind and visually impaired in our region, announced its new name and unveiled its new logo in front of more than 200 ardent supporters during the Art in the Dark gala on April 13. The organization will now be known as Lighthouse Vision Loss Education Center. Lighthouse has served the community for nearly 34 years. In recent times, though, stakeholder feedback indicated that the organization was not telling its story well enough. Additionally, its name no longer accurately represented its geographic region – which has grown to encompass five counties – and its logo appeared outdated.

An intensive strategic planning process identified five crucial areas that should be addressed to strengthen operations and align with current best practices; the rebranding and outreach to the media – and, thus, the communities Lighthouse served – were the final phase of the process. In 2018, Lighthouse hired a consultant, Wordslinger Marketing & PR, to spearhead the rebranding and convened a committee to inform the process. Rough & Ready Media was hired to design the new logo. The rebrand was completed in March.

“We have heard countless clients and their families talk about how we change – or even save – lives. We provide hope and help people to regain their independence. And our services span all levels of vision loss,” said Lisa Howard, president and CEO of Lighthouse. “We really want people to know and understand all of that. Now we feel that our brand accurately portrays what we do and who we are.”

The new logo uses a font that is more friendly to the visually impaired, incorporates Braille letters, and was designed using two shades of blue, a color that studies indicate is representative of hope. The organization’s new tagline is, “Hope and Empowerment for the Visually Impaired.” Go to LighthouseEducationCenter.org for more information.

Would you like to receive information from Rough & Ready Media? We will occasionally send you newsletters, information about new services, tips, and discounts. Join our network, you’ll be glad you did!